Today was a very eventful day as I got to help host and throw one of my best friend’s a baby shower for their “Little Peanut” baby Jax expected to be due in six weeks! The theme was chosen by the mama-to-be, Angela’s maid-of-honor Sara and it was a perfect theme for the location chosen for the new parents’ baby shower! The co-ed shower was held at a pool clubhouse in the Anaheim area and was already set in a blue color theme and tone, which worked out great for this blue, grey, and white party palette! 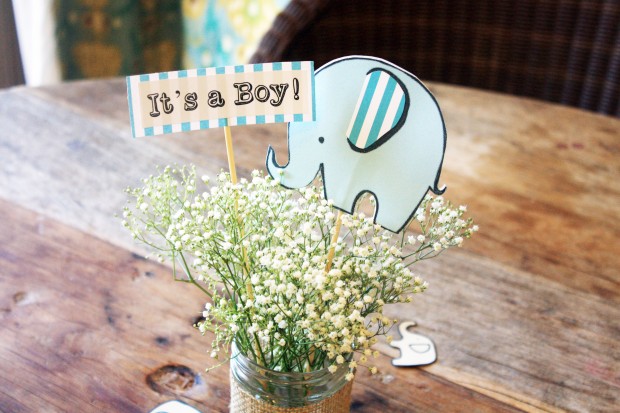 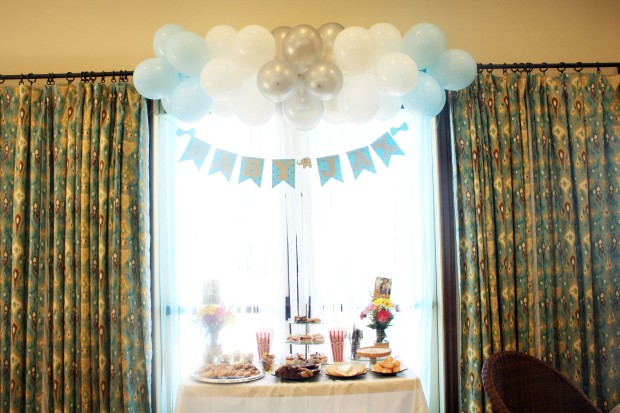 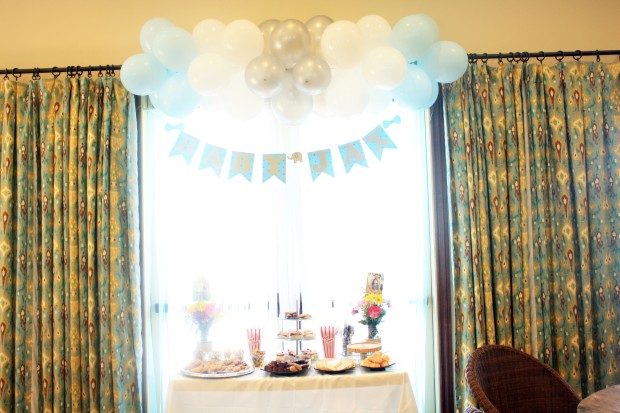 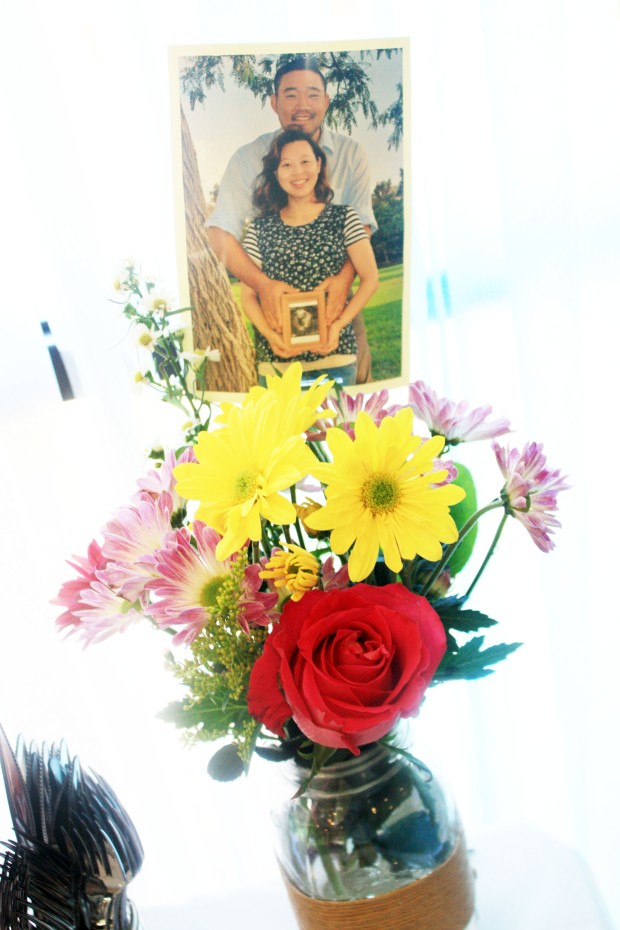 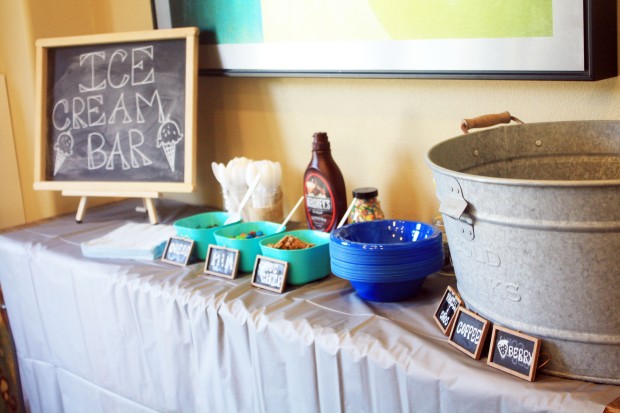 Happily put in charge of hosting the game segments of the shower, I started scouring Pinterest and various websites for fun ‘co-ed friendly’ games. Although there were so many wonderful game ideas, I particularly gravitated to the funny ones like “Pin the Sperm on the Uterus” but decided to forgo those types of games since I didn’t feel they suited the couple and their guests at this baby shower. I took a few notes and came up with the best five games that would work for this event, assuming that we wouldn’t go through all of them. Luckily, the games went fairly quickly and the wonderfully competitive guests were excited to start the next game as each one ended. Here are the list of games I put together:

1. “Tinkle in the Pot” – For every expecting mama there comes an array of pregnancy related symptoms and struggles, one those may include needing to run to the potty as fast as you can without peeing your pants! The object of the game is to “tinkle in the pot” without peeing on the floor! We had six players stand in a row parallel to to six wide-mouth large mason jars the “potty”. The players all donned pregnant bellies (using blown-up balloons) and held a ping-pong ball between there knees and waddled across to the potty (mason jars). First one to “tinkle in the pot” won. 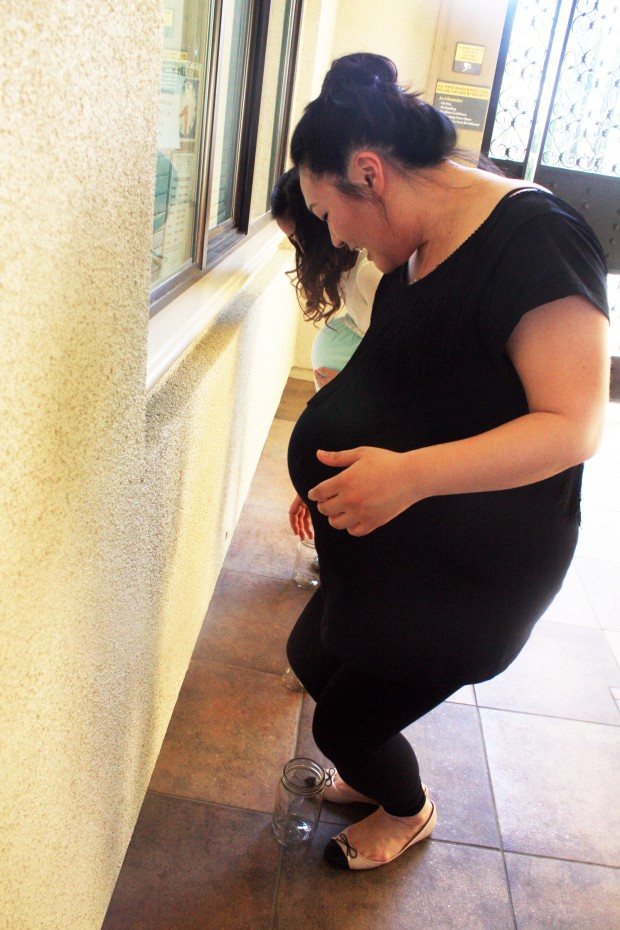 2. “Change the Baby” – When I researched games, I liked two different ideas of this “change the baby” game and decided to combine some of the ideas together while also adding my own ideas into the mix. The idea of the game is to come out with a clean baby with a clean diaper and the diaper must be on correctly! This was another six player game and came with a few surprises along the way! I had set up six balloons (blown-up) with ‘dirty’ diapers on them and faces drawn on the balloon so you know what direction to put the diaper on. The stations included individual wipes, talc powder, and a ‘clean’ diaper. First one with the diaper on correctly, clean and powdered won the game. So here’s how it went. Each participating guest, the “parent” stood in front of their babes and on your mark, get set, go – change your baby! The guests opened the diapers and were surprised to find that baby pooped (smeared peanut butter) eww – surprise number one! Be careful – don’t drop or pop baby, newborn babies are fragile! The guest then opened their wipes only to find that, surprise number two, you’ve only got ONE wipe left so you must get all the poop off with only one wipe! The game was lots of fun to watch! The winner’s baby was checked to see if there were traces of poop (there shouldn’t be) and fresh powder and the direction of the diaper was correct!

3. “My Water Broke!” – This was a simple and fun traditional kind of game. I pre-cleaned and froze some plastic party favor babies in some large ice cube tray and had twelve guests play at the same time. The object of the game was to melt the ice using only your mouth (not your teeth, because babies are fragile and you have to be gentle with them) and come out holding a clean ice free baby. First one to get the baby out of the ice yells “My water broke!” Wins!

4. “Baby Bottle Beer Chug” – This is another simple and fun game and perfect for the non-traditional guests and beer drinkers. Of course you can make this more family friendly and child oriented with juice or milk, but we decided to have this be an adult-only game. I found six bottles that were a dollar each and with past trials on this game, I took a scissor to the nipple and added a slit to make it easier to chug. We filled the bottles with beer and handed them to our babies (volunteered guests). The object of the game is to finish the bottle as fast as you can, first one to finish wins! 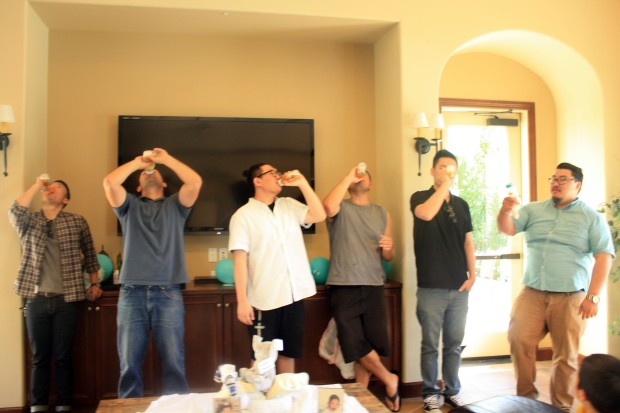 5. “Feed the Baby” – Each baby is different, but feeding baby solids and getting to see their reactions for the first time is always an exciting moment in mama and baby’s life! I wasn’t too sure about how this game would go, but turned out to be a crowd pleaser with the guests. We had three teams of two (be sure to have two prizes for this game). I cut out holes at the bottom of three garbage bags to use as bibs. We had one team member stand behind the other who sat in a chair. The team member that stood behind the chair would play mom or dad and was blindfolded. The team member in the chair would play baby with a bib on. I handed each parent an open container of applesauce and a spoon. The object of the game was to have baby finish the applesauce and then quickly switch roles. On your marks, get set, go! First team to finish both cups of applesauce wins! 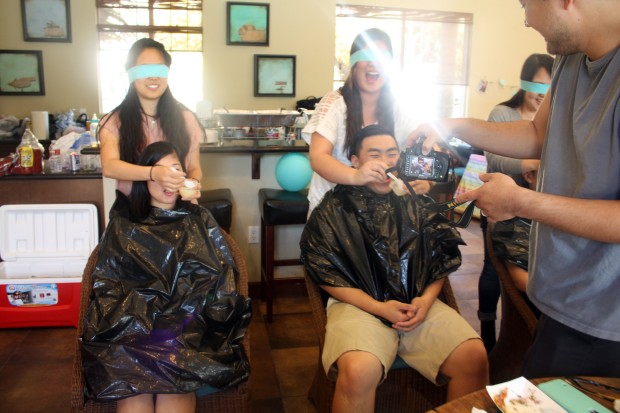 Is it just me? Or did Halloween, Thanksgiving and now Christmas come and go so quickly? I had planned to have our house this year be even more decked out in Christmas spirit than the last. However, finding the time to pull out our five large storage boxes marked “Christmas” and the nativity scene didn’t seem worth it with the one day a week we get to spend with Tanner. And being pregnant, once again during the holidays, I haven’t been allowed to do it all myself. My husband hates when I try to use the ladder in the garage to get things. And the few weekends were spent putting away all the Thanksgiving Fall decor, which luckily I have downsized to three medium sized boxes and one large storage bin (yippee!) 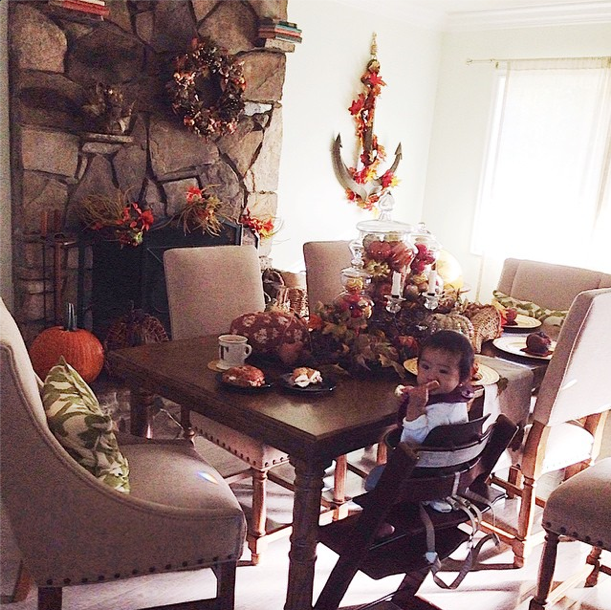 This time last year, I had it together! Christmas presents were bought and wrapped early. There weren’t any traveling involved since we didn’t think it best to be traveling to Arizona (as we would normally) since I was a week out from being due to give birth. And thank goodness we stayed home during Christmas since we ended up walking around the neighborhood Christmas morning with my terribly painful contractions. We were lucky enough to have my in-laws come down to celebrate some pre-Christmas festivities with us around our decked out Christmas tree, but Christmas itself was not the same.

This year is not going the way I had imagined for Huntley’s first Christmas. I put out all our normal nautical decor even though I had originally planned to have the house be in traditional classic Christmas spirit as I had mentioned above. However, I also didn’t imagine being pregnant once again, or having to throw a first birthday party, literally the next day after driving back from a week long trip to Arizona. We still got our grand fir 6 ft. tree as tradition (and we picked a perfect one this year!) I thought it would be best to decorate with a few of our cherished ornaments, but not all, however after pointing to three wrong storage bins that the husband had to haul down from the top of the garage racks, we gave up. I did end up decorating as best I could with some seashells we had from a wind chime that fell over in our backyard and some twine to keep with our nautical theme. I also found two gorgeous nautical Christmas wreaths to hang – and I love them! 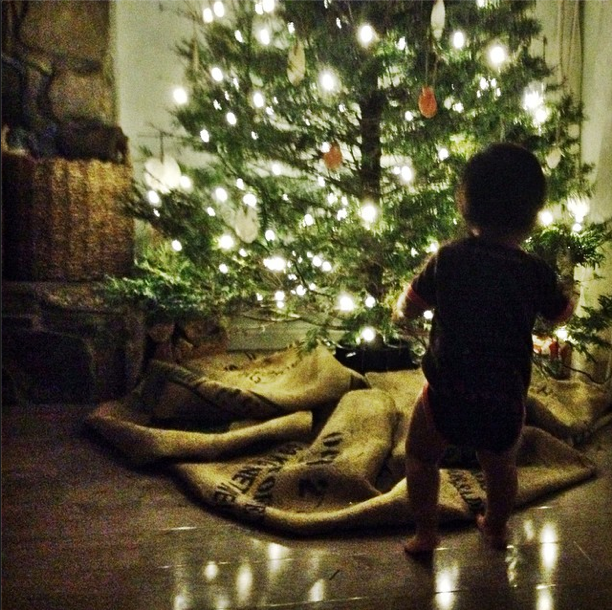 Even though our house might not be in much Christmas spirit as I had hoped for, I just know Huntley will have an amazing first Christmas at her Wela and grandpa’s house this year!

How have you been keeping up with the holidays?

All photos via my iPhone and IG @TiffWall