These days have been anything but ordinary! Life is seemingly a little bit more chaotic day-by-day, but also a lot more loving as we get through each one together. I say this because most days I struggle to keep both babes happy at the same time and when Penelope’s witching hour happens to coincide with Huntley’s newly-developed tantrums, all I can hope for is the day to end… Then I lay my head to sleep holding Penelope in my arms between Tanner and I (yes, we co-sleep still) and watch my Huntley on the monitor (even though she’s fast asleep) and think to myself each night – “What a blessing! And how did I get so lucky?! I love them so much! Can’t wait for tomorrow!”

As parents of multiples we are never suppose to compare our children to each other, but I find it only natural to do so. Heck, I was already doing it when P was in the womb (she’s was a very active kicker like her sister, but felt like she had more room in there to tumble too). We also co-slept with Huntley when she was a newborn (which only felt like was for a second) and she was really easy to put asleep, however she would sprawl out in all positions to claim as much of our queen-sized bed as she could. This actually made it very easy for us to move her into her room and crib after 7wks of co-sleeping – she loved having her own space. Her room was also directly adjacent to ours which had me at ease with the transition. P on the other-hand is a total cuddle-bug! She loves to feel the warmth of a body, she loves to hear a heartbeat, and she is a light sleeper and can easily be disturbed with sound or movement. We are truly enjoying every minute of the cuddly-ness factor of our littlest!

They say that the second is never same as the first, or the third and so on, and as with the sleep differences there are also the milestone differences. H had learned to roll from day 3 (we had no idea it was a big deal until my in-laws pointed it out) and we never really worried about SIDS with her because of it. However although P can sometimes flip (only on certain surfaces and the way she happened to be leaning on her back), we still worry about SIDS with her since she still lacks control in this area. She can however (with assistance), sit upright for a few seconds at a time and loves standing. She was also able to hold her neck/head up early on!

Our most favorite difference we have found in P is her love of cooing and singing – she has the sweetest little voice! We noticed while watching The Little Mermaid with H, that P started to coo in the pitch of Ariel in the scene where she signs her voice away to Ursula. I started singing different tones to her and to our surprise she would watch my lips and try to repeat the same tones/pitches back to me – we are still in awe every time she does it!

A day before turning three-months old, I had our oober-talented family photographer Alicia P Photography take some photos of Penelope and I just love how they turned out! 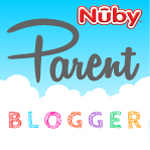